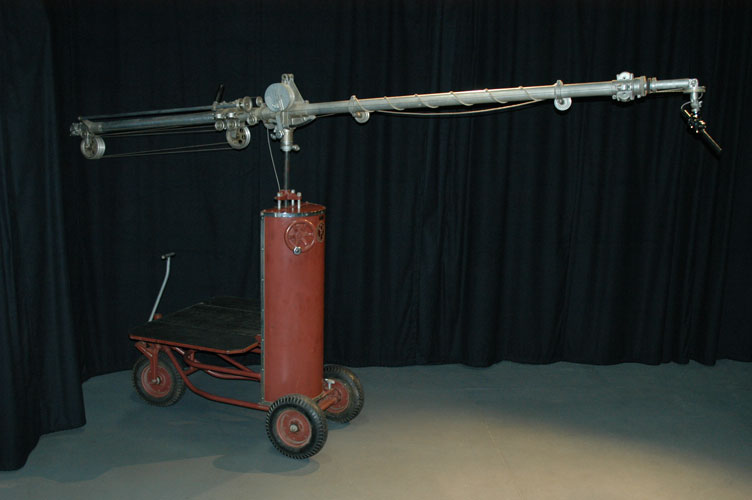 Mole-Richardson Type 103B Mic Boom on Type 126B Perambulator 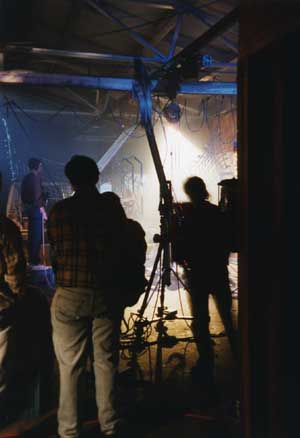 A very versatile crane with extremely smooth movement that is just the right size: not too big to fit in small spaces, yet big enough to get the camera lens uo to 13 feet for dramatic moves.

A BIT OF HISTORY:

This crane was custom-built by Ron Eveslage who was Director of Photography on "American Graffiti" and used to have a stage in San Francisco. Patrick Kriwanek of the Berkeley Digital Film Institute says he used this crane on his first 14 music videos for MTV, including the semi-famous "Then The Walls Came Down" for The Call, from Santa Cruz. That stage was later taken over by David Fincher and his Producer, Joe Vogt, and the crane was possibly used on Fincher's early work, including the famous PSA "Smoking Fetus".

Snorkle Crane on set of "The World Famous Kid Detective" 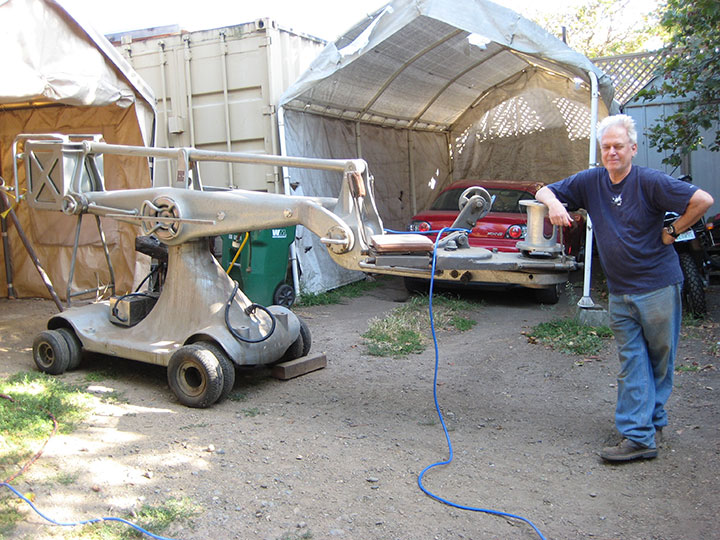